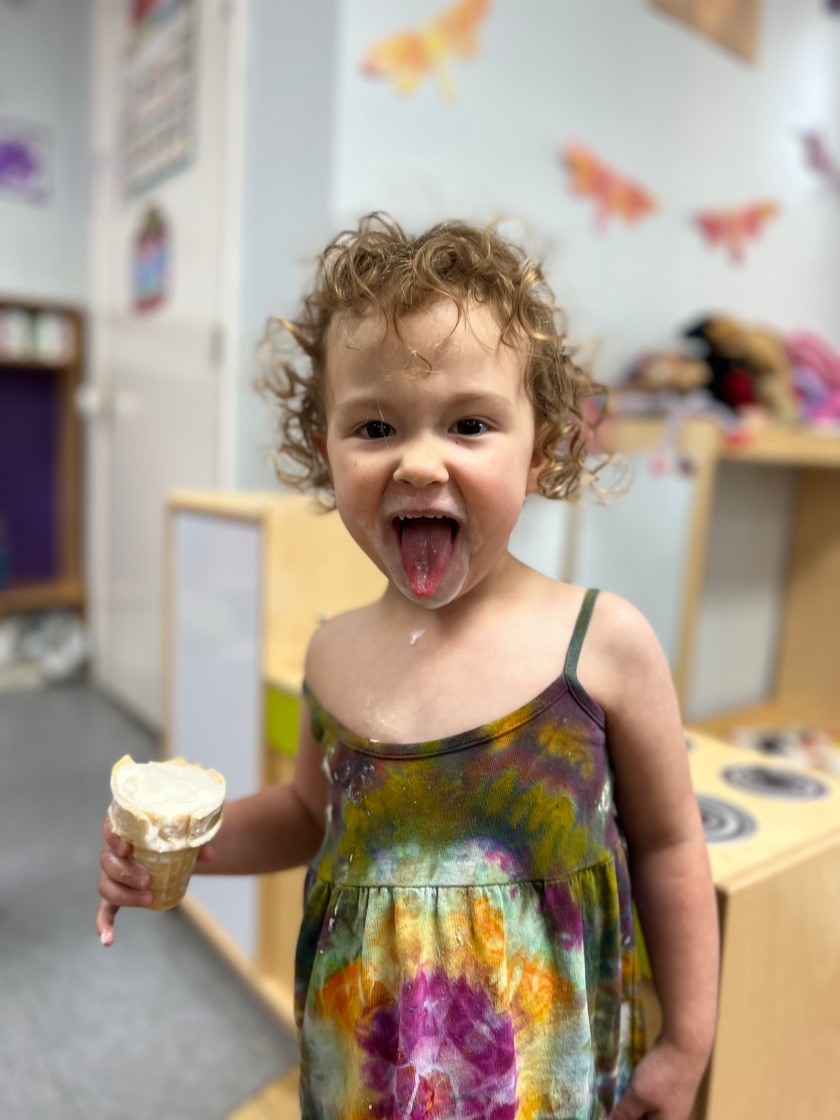 I should be planning a party.

I should have sent invitations to the whole pre-K class. I should have bought a specially designed cake from the grocery store bakery. I should be filling colorful paper bags with candy and crayons and little activity books. I should be decorating the house with streamers and balloons and Paw Patrol party supplies.

I should be making plans with my wife for a special bottle of wine – let’s be honest, whiskey – for when the kids go to bed after the party.

Instead, I’m sitting down with a cup of coffee. I’ve been up for more than two hours; my journals are completed for the day, the yard has been picked up for the landlord to mow, and the front gardens have been weeded and watered. The plans I’m making are for one kid and one adult – visiting the library, and maybe a splashpad, since it’s going to be ninety out today.

I should be in Vermont, making breakfast for my family of four.

I’m in Boston, vaguely planning to get Lucy a donut on our way out and about.

Facebook reminded me that four years ago, we were painting the nursery. Sweet Buttercup, the shade of yellow was named. It made the oddly shaped room seem happy as we rolled it over the terracotta walls and up to the ceiling. We got less than a wall done before we gave in to the heat, and my big-bellied exhaustion. We spent the rest of the day in the river.

Just two days later, I felt Oscar move for what would be the last time. I remember it so clearly; sitting up on the edge of the bed after using the bathroom for the eleventy-millionth time that night. I knew he was big, and actually had my growth scan coming up to make sure I could deliver without a C-section.

I woke up in the morning and something said to me, remember this date. Something big is going to happen today.

I thought my son was going to be born a few weeks early, but breathing and healthy and here.

I remember that whispered premonition as well as I do all the other stark moments that followed. The moment I realized it had been too long since he moved, and I ate a brownie and chugged some coffee. Calling Hawthorne. Leaving work. Hawthorne keeping steady while driving us to the hospital. And everything that happened from there. It makes this anniversary difficult because it spans nearly a full week, from the hope and the wonder, through the terror and the devastation.

My body remains an active participant in this, even now. I get phantom contractions that my body tells me are an elbow, or a foot. I rub my hand over it and for a split second, I don’t understand the softness of my belly. I have been through physical therapy trying to repair the diastasis recti, the separation in the muscles of my abdomen that never knit back together. More recently I’ve developed a small hernia at the site. Add that to the list of things to handle at some point, should it ever cause me its own pain, not this psychosomatic bullshit kicks from a baby who is no longer there.

In 2020, we also had Lucy, who at eight months had already been outside my body longer than she had been in. We were preparing for Hawthorne’s surgery from their back injury, delayed by Covid as it was somehow deemed “nonessential.”

Hawthorne’s birthday is July 9; Oscar’s July 19. Those ten days in between remind me of the time between Christmas and New Year’s, when no one knows what day it is, and are loathe to put on pants or have responsibilities. Except those two occasions are, at least, supposed to be joyous and celebratory.

This month I should be trying to figure out how to celebrate and mark the passage of another trip around the sun for half of my household family. Instead, I am desperately seeking solitude and space away from my own kiddo. Her muppet-ness and the light in her eyes are she causes trouble are 100% from her papa; the way she holds her hand up to her face some nights while falling asleep in my arms are a carbon copy of her brother. For these days, this space between, it can hurt to look at her; a fact that fills me with guilt about being a terrible mother.

(I am not a terrible mother, and I know this is grief. And still.)

The books don’t tell you how to handle this. What to Expect When You’re Expecting doesn’t mention how to respond to your kid when they start asking, where’s daddy? The grief books prepared me for this incapacitating mental paralysis that prevents me from doing anything more to mark these birthdays, and I know it’s OK that I haven’t done much this year for either of them. Truth be told, other than trying to be alone, I don’t know what I did last year, either. This year, too, my body has decided I needed to sit down. I can’t run to turn off my brain and escape my thoughts. I can’t blow off work for a day and go for a hike and lose myself in the refuge of the forest. At least I’m able to think a little clearer now, and again able to focus enough to write for short amounts of time. I used to do a post like this in one go; I’m not sure what sitting I’m on now.

One thing I remember from last year; July 20 felt like a new year. A new chapter, a fresh start. It would be another twelve months before I had to feel like this again. And, as with most things, there’s both truth and folly in that idea.

It’s a good time to reset how I care for myself, to make sure I’m doing certain things every day that keep me level and healthy. I can set some intentions and resolutions, and I’ll know exactly when they are coming due. It’s also ridiculous to think I won’t feel this way, this squeeze of grief, at some point over the next year. Oscar and Hawthorne are just as gone from this world on any other day. I think it’s safe to say no one understands that better than I do.

I should be planning a party.

Instead, on July 19, I’m going to take lucy to daycare, go to therapy, and find some solitude. I’m going to pick up a single cupcake. When I pick up Lucy from daycare, we are going to go home, light the candle, and sing Happy Birthday to the brother she never met in this world. I won’t wish for him back when we blow out the candle. I’ll put Lucy to bed, and wonder what it would be like to have a four-year-old, and a papa of two. I know those three would cause so much trouble together. I’ll imagine the giggles of all three combined as they all hide from me to evade bedtime.

I’ll look at the only pictures I have of my son, and turn out the light, and go to bed alone.

And then a new year will start.

One thought on ““Should” is a Bad Word”